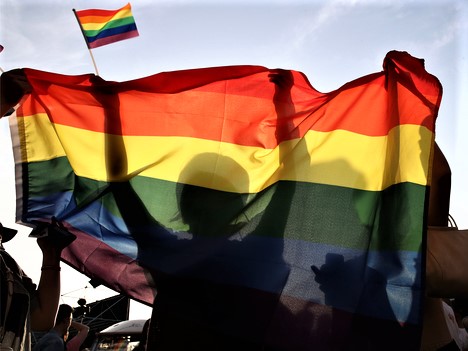 Thousands of people showed up to Pride-Fest event.

Colorful T-shirts, music, dancing and rainbow flags filled the streets of Albuquerque this morning Pride-Fest parade. Even Mayor Tim Keller was there.
Meanwhile, groups like the New Mexico Dream Team said they were marching to remember the immigrants that are part of the LGBT community including those that have died while in federal custody.
“You know, it’s the intersection of being queer and an immigrant,” said Flaviano Graciano with the NM Deam Team. “It’s a large community and sometimes we’re left out of the conversation and that’s why we’re here — to bring us back into that conversation.”
Even though Saturday’s event was about celebrating diversity, there was some controversy heading into the parade.
Previously reported a group of bikers defaced a crosswalk that had been decorated to celebrate PrideFest.
“To me that’s hate”. Said Thomas Johnson “It’s judging for who we are.”
Overall, attendees said that Pridefest is an event that brings people together

Writer and Journalist View all posts by Geldryn Deleon